Studenten voor Morgen uses the definition of sustainability suggested in Our Common Future (also known as the Brundtland report, 1987): “Sustainable development is development that meets the needs of the present without compromising the ability of future generations to meet their own needs.

Our mission and vision are in full alignment with the Sustainable Development Goals, adopted at the UN in September 2015. 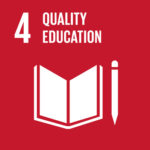 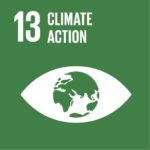 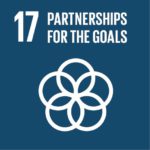 Do you want to get to know our organisation at one glance? Take a look at the factsheet!

Since 1993, Studenten voor Morgen is the only Dutch association aiming to make both students and higher education more sustainable. In over 20 years, we achieved a lot. The organisation itself has changed several times and this also transformed the way of working. Nowadays, Studenten voor Morgen is a well-known initative within the world of the Dutch higher education on sustainability areas.

In 1993, Studenten voor Morgen was founded by local student-run environmental organisations from different cities. The association was called LHUMP, which is a Dutch abbreviation for Nationwide Higher Education Environmental Platform (het Landelijk Hogeschool en Universitair Milieu Platform). From 1994 to 1997 LHUMP was the student platform of JMA (Jongeren Milieu Actief / Youth Environment Active). In 1997 LHUMP became an independent organisation: an official association with local environmental platforms as members. In 1998 the network DHO (Duurzaam Hoger Onderwijs / Sustainable Higher Education) was originated from LHUMP, which later grew into a professional organisation. On the 27th of November 2008, LHUMP changed its name to Morgen.

In the first few years, LHUMP focussed on the realisation of the Copernicus-charter (signed in 1993 by 250 European university presidents to strive for more sustainability education and sustainable business operations at universities). Compliance with the Copernicus-charter was realized in a collaboration with local environmental platforms, by, for example, the introduction of recycled paper and an environmental friendly catering on universities. Since 1996 LHUMP branched out to other higher education (vocational) institutions as well. In the meantime, the number of local environmental platforms grew steadily and since 1998 LHUMP has focussed increasingly also on its network function for student groups. DHO (described above) became responsible for overseeing the implementation of the tasks specifically related to the Copernicus-charter.

In 2010, DHO was dissolved due to a lack of financial support. Some of the tasks were assumed by other organisations, including Groene Generatie, de Duurzaam Onderwijs Coalitie and Hobeon. And Morgen assumed again a dual role: on the one hand as an umbrella organisation for its member organisations, which focus on sustainability at a local level, and on the other hand as a nationwide project organiser to make higher education more sustainable in operations and in curriculum development.

Since 2014, the Sustainable Introduction Time is a major annually recurring project of Studenten voor Morgen; SvM also helps organising the annual Sustainability Career Event, in cooperation with SustainableMotion. A highlight in 2014 was the Agreement Sustainability in Education (Verdrag Duurzaamheid in het Onderwijs), which was signed by many organisations and by a majority of Members of Parliament. In addition, SvM currently organises two other ongoing projects: the SustainaBul, which is thé sustainability ranking for Dutch higher education institutions, and the web magazine DuurzameStudent (Sustainable Student), which focuses on a sustainable degree, lifestyle and career. The SustainaBul was first organised in 2012; DuurzameStudent was launched in 2008 and got renewed in 2014.

This website uses cookies to improve your experience while you navigate through the website. Out of these, the cookies that are categorized as necessary are stored on your browser as they are essential for the working of basic functionalities of the website. We also use third-party cookies that help us analyze and understand how you use this website. These cookies will be stored in your browser only with your consent. You also have the option to opt-out of these cookies. But opting out of some of these cookies may affect your browsing experience.
Necessary Always Enabled

Any cookies that may not be particularly necessary for the website to function and is used specifically to collect user personal data via analytics, ads, other embedded contents are termed as non-necessary cookies. It is mandatory to procure user consent prior to running these cookies on your website.